I haven’t posted in a while…I’ve been in a bit of a rut.

For the past 3 months, I have been training for my first half-marathon.  My workouts consisted of 4 running days and 2 cross-training days.  My running days varied between 3 and 5 miles, with a weekly long run thrown in the mix at a max of 12 miles.  All of my runs were consistent running with an average pace of 9-11:30 minute mile depending upon whether I was tempo, easy, etc.  My cross training regimen consisted of strength training, cardio/strength circuits and Krav Maga.

During this increasingly strenuous training schedule, I became more aware that my body was not adapting well to long runs.  I began to feel sick to my stomach on any run greater than 6 miles; I could not eat for up to 2 hours post-run.  My legs were tired, my toes ached and belly churned.  I became increasingly negative about the big race.

Then, I ran a “tune-up” 10 mile race to prepare for my half.  It went well!  I paced around 10:20 per mile, which was 25 seconds faster than my goal.  I was feeling better about the big race, but I still carried around a lot of anxiety.

A week after the 10 miler, I went for a long run.  I planned on an easy run, and going about 13 miles.  At mile 5, I noticed some discomfort in my left knee.  By mile 7, I was unable to run without a consistent achy pain.  I stopped.

The RICE method filled the following week.  I took a break from running, and focused on cross training.  By the following Thursday, I tried again.  I could pace for about 2 miles, but after that, pain.  I gave it another week.

It was the Thursday before the race.  I taped and braced, but I was unable to run for more than 30 seconds on the indoor track without pain.  I broke down in tears at the gym.  I had to accept what felt like defeat.  I had worked so hard.  I had put every ounce of myself into a finish line that I would not cross.

March 30th came, and went.  I see the posts and pics of Run the Bluegrass finishers and I am consumed by mixed feelings.  I am so proud of all the runners!  I just wish I could have raced with them.

Today, I am still unable to run without pain, but I’m confident that I will bounce back.  I hope to finish at the Autism Speaks 5K on the 20th.  Prayers are greatly appreciated.

The Lord is close to the brokenhearted and saves those who are crushed in spirit. The righteous person may have many troubles, but the Lord delivers him from them all; he protects all his bones, not one of them will be broken. 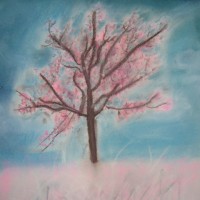 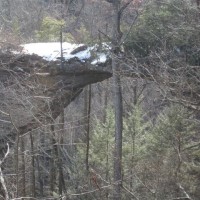 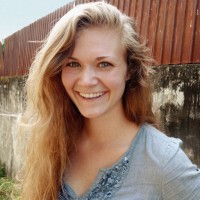 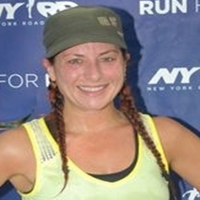 In the Words of a Born & Raised Baptist Girl; Beliefs, Opinions, Thoughts.

Your Adventure Guide to the Gorge

Running for a cause.

A health and beauty aid addict kicks the cruelty habit

I will not be governed by fear, exhaustion, or pain. I will not bury my head in the sand or turn away from an opportunity. I am grateful for what I have, but I will continue to reach for it is striving that defines me.

How to Live a Healthy Lifestyle!